Hoot and Blat as the winter mellows

Stay Calm, Be Brave, Wait for the Signs

We have a sock-full of winners – all with good ears and a better memory. Yes, it was the The Dead Dog Café Comedy Hour  on CBC radio that ran for from ~ 1997 to 2000. Winners of warmer feet are Michelle Paas, Dorinda Keith and Judy Rogers. Check in at the Town Store at 19 James St. to pick up your pair.

In advance of the March 23 raucous Paddling Film Festival World Tour, we’ve started to upload the auction treats online. Our starter selection is up, with much more to come. Bid Here.  All the funds will go towards the significant works of Toronto-based, volunteer, first responders GlobalMedic. 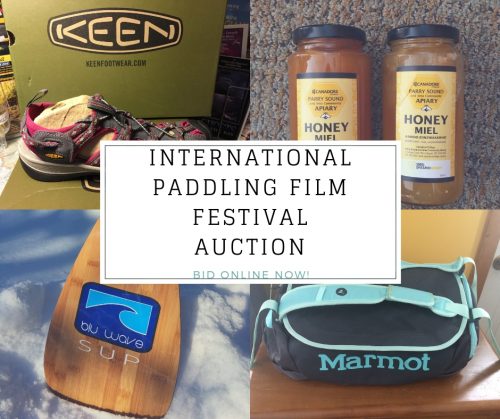 We bust open the doors at 5:30pm ~ for a social & silent auction. We’ve got Jan’s famous sweet treats, fancy popcorn, coffee/tea, wine and chilled beer. Be sure to wander the aisles of the most amazing Outdoor Gear Auction.

A bonus win, on March 23, during the Film Festival we will give-away a Delta 10 foot recreational Kayak. Put your name in the draw ~ all we’re asking for is a suggested $20 donation for GlobalMedic. You can pop into our Town Store from now till the Festival to add your name to the barrel.

The entire evening is to support our committed, capable and hard-working friends at GlobalMedic (Toronto) – one of Canada’s most effective disaster response teams.

Only 19 days till you can cast your shadow in our door. We will be dusting off the shelves and hand-painting new signs this month to open for the summer Saturday, March 30th. We will be open 7-days a week, get here early to get the best pick of the litter.

Until then, get our White Squall fix at our Town Store @ 19 James Street which has gone MAD with deals, from socks to sweaters, to sandals and snowshoes, and everything in between.  On until March 17th.

Jamie Hunter – former curator of the Huronia Museum and student of the Bay’s history – tells the story of Camp Franklin, a 1930’s era adult summer camp on Franklin Island. He’ll tell a yarn or two about Red Rock, the lonely beacon signalling the westward approaches to Parry Sound. Juno-nominated Douglas John Cameron will round out the evening with songs of the water – a musical history tour you really don’t want to miss. Donations gratefully welcomed for GlobalMedic (globalmedic.ca) Doors open at 6:30 with coffee, tea and cookies – show at 7pm – Canadore College

Thanks for tuning in,

Kathleen (subbing in for Tim